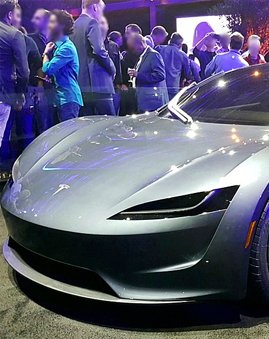 Hey Kids. Most people know Elon Musk for the American electric car, but did you know that Tesla also refers to the clean energy company based in California? Tesla designs and produces electric cars, battery energy storage, solar panels, solar roof tiles, and other related products. In 2020, Tesla had the most sales of battery electric vehicles and plug in electric vehicles. Tesla Energy is one of the largest global suppliers of battery energy storage systems, which allow things like solar and wind to be stored and released to customers.

But where did the name Tesla come from? The company was founded in July 2003 by Martin Eberhand and Marc Tarpenning and was originally known as Tesla Motors. The name Tesla was a tribute to the inventor and electrical engineer Nikola Tesla. In February 2004, through a $6.5 million dollar investment, Elon Musk became the largest shareholder of the company. He later became the CEO in 2008. In that same year, Tesla Motors released its first vehicle, the Roadster which can travel 245 miles on a single charge. Musk’s goal with the company is to expedite the move of sustainable transport and energy to solar power and electric vehicles. He’s well on his way! In June 2021, the Tesla Model 3 became the first electric car to have 1 million sales. 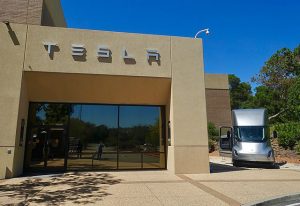 Tesla hasn’t been exempt from controversy, however this is part of the growth of Telsa. Allegations regarding unresolved and dangerous technical problems with products, however nevertheless, Tesla has picked up speed and success. The company opened its first “Gigafactory” outside the US in Shanghai, China, in 2019. This is unique, because Giga Shanghai was the first auto factory in China to be fully owned by a foreign company. Musk’s company has surpassed vehicle profit of large companies such as BMW, Volkswagen and Toyota. In early 2021, as investors scrambled to buy sought-after stocks, Tesla became the 5th most valuable company in the US. 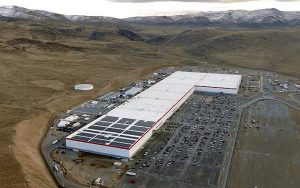 In February 2021, Tesla shared it had invested $1.5 billion in Bitcoin in 2020. Soon after that, the company began accepting Bitcoin as a form of payment for vehicle purchases in the US. 49 days later the company reversed its decision on Bitcoin as acceptable currency for Telsa products, stating that Bitcoin contributed to fossil fuels and climate change due to “mining.” Bitcoin, a crypto currency, is “mined” using large computer processing systems, which take an incredible amount of power to run. Elon Musk became cynical towards Bitcoin after learning that Bitcoin “mined” in China was done with energy from non-renewable, coal-fired power plants. Elon Musk then suggested Tesla could potentially help Bitcoin miners switch to renewable energy in the future. He said if Bitcoin mining trends above 50 percent renewable energy usage, Tesla would resume accepting bitcoin. The price for Bitcoin rose following the announcement.

One of Tesla’s future products is the Tesla Semi. Originally Musk announced the vehicle in 2017, but it has been delayed due to factors such as the large battery cells compared to passenger cars, and the battery supply for such a large vehicle. Anyway, keep your eyes open for these electric vehicles on the road! 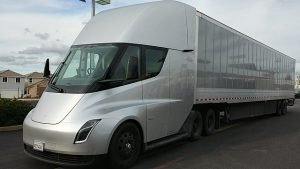 Telsa is truly an amazing tech company, and also a very important company for the future of electric techonology.

Download questions about the Elon Musk & Tesla here: Tesla (answers are on this page)